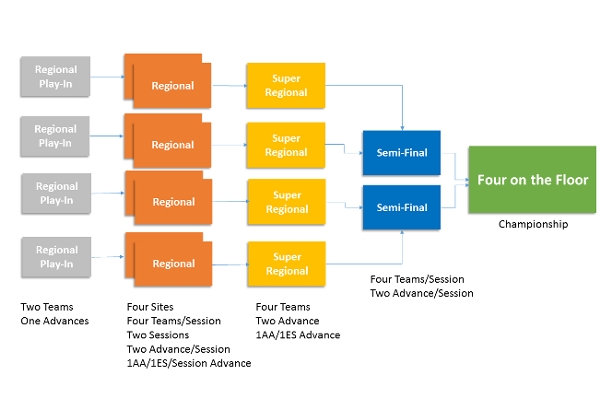 NCAA Moves to Four on the Floor (c) 2017 CollegeGymFans.com

The NCAA has approved major changes to the Women's postseason bracket format, starting in 2019.  This fundamental change will do away with six team sessions in favor of four team sessions, including the finals.

The NCAA Final will shift to a four team "Four on the Floor" final, replacing the "Super Six" final in 2019.  It will be preceded by two Semi-Final sessions of four teams each.

The change must be ratified by the NCAA Championships Committee.

Link:  Minutes from the NCAA

Tweet
Published in General News
More in this category: « EMU Searching for a Head Coach Again, as Nilson Resigns Pitt's staff is now in place »
Login to post comments
back to top
(c) 2001-2020 CollegeGymFans.com